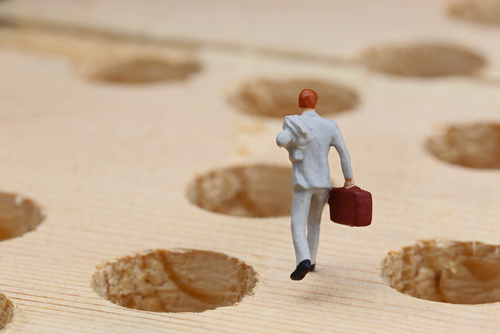 If you’re a startup, the timing right now for investors and growth is ideal. There are a lot of great ideas and concepts out there and a tremendous amount of “dry powder” or cash reserves available from the investment community. In fact, PitchBook indicated that dry powder in the private equity space alone eclipsed $1 trillion at the end of Q1 2017.

While most startups do a nice job of not spending a lot early on, problems often start after they have completed their first round of funding (seed round or angel money). Based on my 25 years analyzing P&Ls, I have identified these pitfalls startup should avoid to be successful.

One example of this is finding newer, larger, and significantly more expensive facilities. This is often not needed. Many companies I work with have a virtual workforce, and even banks are getting way from brick and mortar.

Rapidly expanding the sales force is another example. Companies go out and find expensive sales people who are supposedly going to help them penetrate the large enterprise accounts. These sales people often demand high base salaries and not enough of a leveraged component in the form of commissions (performance pay). What’s needed instead are sales people on a leveraged plan (pay for performance), with a lower base salary and more leverage and upside through commissions (e.g., paid on new sales, gross profit).

Another example is rapidly spending dollars on marketing and advertising. It’s okay to spend some dollars on targeted campaigns, but very few companies are going to benefit from large expenditures in this area.

In a successful startup, ownership needs to keep running the way it did before the money was invested. The owners still need to be the key sales people. Nothing substitutes for good old fashioned cold calling. Keep in mind that your solution in the beginning is relatively unknown, so give it some time before you spend the money and close some deals first.

2. Counting on Margin Improvement.  Margins typically decline over time for businesses, even for the likes of Cisco, HP, Dell, and others. Thus, you see these companies rapidly expanding into and acquiring new businesses and technologies. Startups do not have this luxury yet, so it’s important not to factor margin growth into your business plan and count on it. If it does happen, it will be a nice upside. But any margin expansion will most likely will be temporary, as someone else on the block figures out what you’re doing at a lower total cost.

3. Enterprise Accounts Focus. Far too many times I have seen businesses, both startups and mature companies, try to compete in this space only. Of course, everybody wants to “catch a marlin” when they go fishing, but you still must catch something to put food on the table.

Competing and winning profitably in this space takes time, experience, resources (money), and tremendous patience. I compare the larger enterprise accounts to Godzilla. While their intentions may not be the worst, they can easily destroy things without even realizing it. It is tough enough for seasoned companies to thrive in this arena and nearly impossible for smaller startups.

Instead, pay the bills with the middle and lower middle-market clients. Then when you catch the marlin, you can achieve some nice economies of scale, assuming your expense are in line. The enterprise accounts will intentionally and unintentionally take advantage of wannabe firms trying to get their foot in the door, so do not put all your eggs in this basket.

4. Perfection Stage. There are four stages of business. The first is the “make as much as you can as fast as you can” stage, and the last one is the perfection stage. Again, I see many companies go directly to – or get pulled to – the last stage without generating a single dollar of revenue.

This ties in to pitfalls one and three. Too many companies dump large amounts of capital into R&D without a single sale. Some business people call this “building a better mousetrap.” The enterprise accounts will especially ask or pimp you for more bells and whistles and why not? They are not paying you for this, which means you are not charging them. Many startups with great ideas fall prey to this one and simply wind up running out of capital with not much to show for the effort, especially if they do not have a patent on the technology or the complex algorithm. My advice is to stay in stage one forever, even as the business continues to evolve over time.

While the news and the Internet seem to be flooded with startup companies that have billion dollar valuations that are raising hundreds of millions of capital and poised to go public without generating a profit (i.e., unicorns), the fact remains that nearly 90% of business fail in their first year.