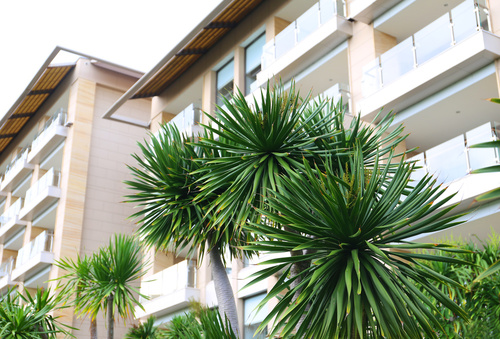 Part of raising awareness about homelessness is staying tuned in to not only the people it affects, but also the solutions needed to help them. This is why we’re following with interest the “linkage fee” proposed to address homelessness in LA by imposing a tax on developers to fund more low-income housing.

How does the linkage fee work?

According to the LA Times, the proposed fee would be charged to developers of new homes, office buildings, apartment towers, and other construction. The estimated $100 million a year the fee is expected to generate would be used to build an estimated 700 to 1,000 units of low-income housing per year.

It’s a model that has been implemented throughout California. Sources say affordable housing fees and mandates are common in 170 California cities, including San Francisco, Santa Monica, West Hollywood, San Diego, and Sacramento.

Mayor Garcetti proposed the linkage fee two years ago, but it has undergone several delays, including a recent decision by City Council to put off voting on the fee until late July or beyond.

Critics of the fee say it will slow construction on new projects and prevent businesses from opening in LA. Fee proponents site studies showing that construction did not decline in Pasadena, Santa Monica, West Hollywood, or San Diego, where similar legislation was passed. City leaders also cite a study released in 2011 that concluded that a linkage fee would not deter new development.

Meanwhile, as the vote is again delayed – and would take another six months to go into effect even if it’s passed – the need for housing is growing more critical with the rate of homelessness in LA increasing 20% over last year’s levels.

As a city with the second largest rate of homelessness in the country, we have to give serious thought to how, when, and where housing is developed. Housing costs are rising faster than incomes, and the vacancy rate for apartments in LA is among the lowest in the nation.

In March, LA passed Measure HHH, authorizing $1.2 billion to be spent on 10,000 units of homeless housing. Yet sources say recent population projections indicate the need for roughly 82,000 more housing units between 2013 and 2021.

We must consider that Measure HHH is not enough, and still more housing is needed. We must recognize that homelessness is an issue that affects everyone, and so we must bring everyone together — government leaders, business owners, and community members – to find solutions.