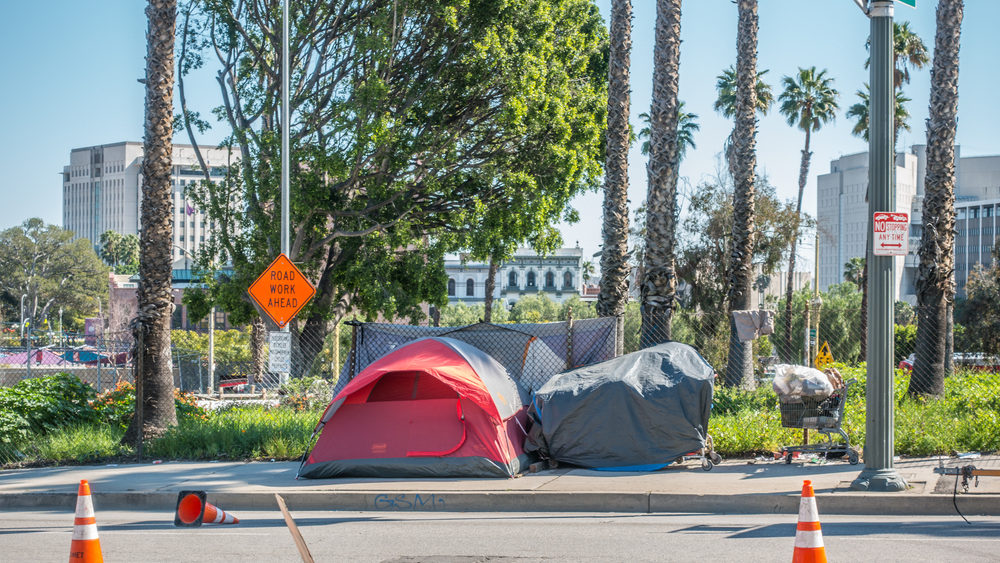 What a UN Report Means to Fighting Homelessness in LA

Late last year, a UN special rapporteur on extreme poverty and human rights released a report on his findings in America. In the report, he applauds progress in community health initiatives, but he also reminds the world that the US ranks 35th out of 37 in terms of poverty and inequality. The report indeed looks grim. But what does that mean for homelessness in LA, right here, right now?

Referencing the 40 million people living in poverty in the United States, representing all races and age groups, the author points out that the ones he met were either born into poverty or forced into it by circumstances beyond their control, such as physical or mental disabilities, divorce, family breakdown, illness, old age, unlivable wages, or discrimination in the job market.

He reports, however, that there is a rhetoric in the US. As citizens, we’re taught to believe that the rich are industrious, entrepreneurial, patriotic, and the drivers of economic success. On the flip side, he notes, the poor are wasters, losers, and scammers.

The author says this is the result of politicians and the media, and solving the problem of poverty would call for democratic decision-making, full employment policies, social protection for the vulnerable, a fair and effective justice system, gender and racial equality and respect for human dignity, responsible fiscal policies, and environmental justice.

And the secret to implementing all these policies: Political will.

Another element the author notes is the human rights factor. The international definition of human rights includes the right to: education, healthcare, social protection for those in need, and adequate standard of living.

The author reports that despite ratifying key treaties like the Convention on the Elimination of All Forms of Racial Discrimination and espousing the Universal Declaration of Human Rights, US leaders do not see economic and social rights as being full-fledged human rights.

The report paints a picture of hypocrisy in America, and sets up a tall order to fill when it comes to fighting poverty.

But, on a positive note, Herb Smith, president and CEO of Los Angeles Mission, points out that the report raises awareness and underscores critical issues. That said, he says there are factors to keep in mind here in Los Angeles.

First, Herb suggests, is that it’s important to consider the planet globally. Poverty in US economics is not the same as poverty in third-world countries. While there is despair and need around the world, America is still a prosperous nation, and there are resources and social services programs in America designed to help.

The poor as scammers

Herb also responds to the notion of the poor being scammers, noting that in his experience, it’s simply not true. While every population has its hustlers, he says, the people he sees have just done what they’ve had to do to survive. And what he sees at the Mission: Tremendous entrepreneurial skills.

There are people who just need support to contribute to society again, and that’s why the programs of Los Angeles Mission are so successful. “We give them education, legal help, work training, mental health services,” he says. “We give them opportunities to reduce their challenges, and they run with them.”

Housing as a right

Finally, an interesting factor of the report is the ideal that people have a right to housing, as it falls under the human right to social protection for those in need and the right to an adequate standard of living. This may be a lot to digest in America. Here, it needs to be more of a balance, Herb says, adding that perhaps a better approach would be a right to housing law.

With housing law, a city has the obligation to provide shelter for those without any. Housing law gives people the right to have a means to housing available – not as an entitlement, but as a resource. Housing law would eliminate the camps of Skid Row and centralize shelters and services. And it would alleviate legal challenges. Right now, he says, you can’t take the tents away, because the city hasn’t provided an alternative.

Indeed, the UN report raises the profile of poverty in the US and gives us another lens to view the issue of homelessness. But at the end of the day, as Herb says, we need to look at what’s causing homelessness, whether it’s lack of jobs, lack of jobs that don’t pay enough, or challenges in education.

Herb tells the story of one LA Mission client whose root cause of homelessness was dyslexia that was never addressed. Now this client is the head chef of food services at the Mission. He just needed basic educational skills.

Bottom line: The UN report is circulating, and political will in this country does need to shift. In the meantime, we have to keep meeting these people where they are and finding out their own root causes. Because despite reports, despite politics, and despite human rights, the right thing to do is to help. Right here, right now.